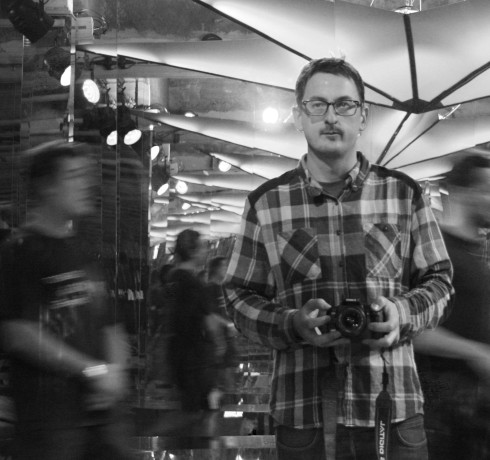 Paul Hardman (United Kingdom, 1978) has been a practising graphic designer since he graduated from the bachelors course in graphic arts at Liverpool Art School (JMU) in 2000. He worked in multimedia design studio Mocha Productions in Liverpool until 2005, when he took a sabbatical year in which he travelled India and Asia and worked for short spells in New Zealand and Australia. In 2006 he started working in the urban design and architecture studio Urban Initiatives, where he became head of graphic design. In 2009 he took his Master of Arts (Graphic Design) at Camberwell College of Arts London (UAL) which he passed with distinction. While on the course he organised the Visual Voices lecture series and organised several design workshops. In the same year he began working as a freelance designer working for clients in architecture and cultural areas. In 2011 he began teaching as a visiting lecturer at Camberwell College of Art. In the same year he co-founded Camberwell Press, a publishing and design studio at Camberwell College of Arts where he designed several publications and took part in organising the Into the Fold design festival at the University. In 2013 he moved with his family to Coimbra, Portugal where he is a guest lecturer on the Design and Multimedia course at the University of Coimbra. He founded Clube dos Tipos in 2013 with the designer Joana Monteiro, a collaboration focussed on typography that includes workshops, exhibitions, publications and design projects. He has exhibited work and given talks in Portugal and the UK. Paul makes frequent use of his own drawing, photography and image making in his design. Alongside his commercial practice he produces self-initiated work. www.paulhardman.co.uk